Ultimate X-Men's Beast was catfished by the Brotherhood of Evil Mutants' Blob and accidentally revealed Magneto wasn't dead, leading to his return!

The X-Men's most disturbing romance helped to resurrect Magneto in the pages of Marvel's Ultimate universe. Following their public defeat of Magneto and his Brotherhood of Mutant Supremacy, the X-Men become worldwide celebrities. Although their popularity diminishes following a failed international tour and a disastrous conflict with Charles Xavier's son David, it is Hank McCoy's break-up with Orroro Monroe that causes a serious mistake to occur. An online relationship he develops leads him to let his guard down, unaware that he is being catfished by Brotherhood member Blob for information. He reveals that Magneto is not dead thus setting up his return.

The Ultimate universe was a parallel dimension geared toward introducing readers to a modern version of the Marvel world unburdened by years of continuity. After the apparent death of Magneto on live TV, the Brotherhood fall under the leadership of Magneto's children Quicksilver and Scarlet Witch. Their tenure is met with mixed reactions and dissension by members who believe it to be a mockery of the ideals their father stood and died for. But Magneto is not really dead, as he had his memories erased by Charles Xavier and is living Erik Lehnsherr, unaware of his true identity or powers.

RELATED: Magneto's Worst Moment As A Father Is Too Graphic For The MCU

After Beast breaks up with Storm, he finds solace in an online relationship with a girl named Naomi, unaware that it is actually a bored Fred Dukes, aka the Blob. In Ultimate X-Men #21-25 by Mark Millar, Adam Kubert, and Kaare Andrews, Beast and Blob continue their correspondence as Beast vents about the everyday events at the Xavier Institute while Blob pretends to care with fake sympathy and mildly intelligent retorts. When "Naomi" criticizes Xavier's moral high ground considering he killed Magneto, Beast stupidly tells her that Magneto isn't dead, which shocks Blob into silence. With the rest of Brotherhood minus Wanda and Pietro watching, Blob encourages Hank to admit that Xavier faked Magneto's death and that he is indeed alive. Lured out by the illusion of finally getting to meet his online dream girl, Beast is ambushed by the Brotherhood and when they can't beat the information out of him, their psychics read his mind and use it to locate and restore Magneto's consciousness.

Despite having a genius-level intellect like his mainstream counterpart, the Ultimate version of the Beast is depicted as a self-loathing hero who sabotages his own happiness due to a belief that he doesn't deserve it. He breaks up with Storm because he's believes Proteus' claim that Xavier manipulated Orroro into loving him. When his work and responsibilities fail to keep his emotions in check, he turns to the Internet for company. He easily falls into an online relationship that creates an international incident. His admission causes Magneto to return and declare a war on humanity with an even greater vengeance, damages the relationship the X-Men have with SHIELD and the U.S. government, and has the Ultimates pursue the X-Men as criminals believed to be in league with the Brotherhood. All of this happens simply because Hank was lonely.

While the X-Men are dealing with the Hellfire Club and Jean Grey's first manifestation of the Phoenix Force, Storm gets a call from a beaten and guilty Beast who admits everything he did. But the damage is done. As Magneto uses his powers to paint a message in the sky that implicates Charles and the X-Men, he prepares for the events of the Ultimate War crossover and beyond. Although he was being catfished by the Blob, the fact that Beast not only fell for it but was also responsible for so much pain and suffering as a result is a failure no amount of Danger Room training can erase.

NEXT: Scarlet Witch's Worst Romance Was With Her Brother, Quicksilver

Fortnite: Where to Place Welcome Signs in Pleasant Park or Lazy Lake

10 Disney Movies That Aren't Based On A Existing Story

Freaks And Geeks Characters Sorted Into Their Game Of Thrones...

Nine Perfect Strangers is based on the book by Big Little Lies author Liane Moriarty....

This Is Me: Pride Celebration Spectacular: How To Watch...

The Nina West-hosted Pride Month concert will be all over Disney+'s social channels...

Spirit Untamed feels like the kind of movie you’d see playing in daycare. The PEN15 co-creator confirms that the second half of Season 2 is still going to... Why Some Fortnite Players Might Be At A Disadvantage

If you’ve been on the losing end of the majority of firefights in Fortnite, you...

Oliver Queen returns to the island that transformed him in "The Last Green Arrow... 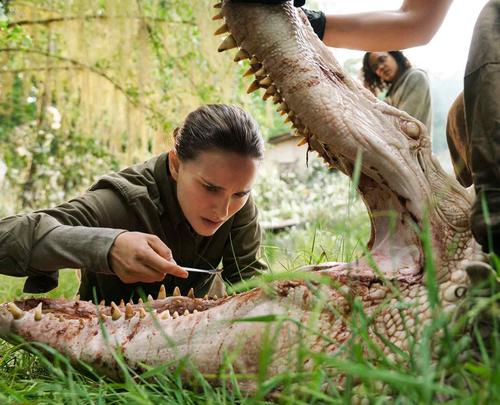 Ghost in the Shell 4K Release Comes to UK and Ireland This...

Remastered in Dolby Vision and Dolby Atmos. The post Ghost in the Shell 4K Release...